VSync (Vertical Synchronization) is a display refresh rate control that can be enabled in the NVIDIA Control Panel. This setting fixes tearing and stuttering by limiting your monitor’s frame-rate to its maximum refresh rate, but it does so at the cost of performance and increased input lag.

VSync stands for Vertical Synchronization and it is the synchronization of framerates to prevent screen tearing. VSync should be enabled when using high-performance graphics cards, but not all games support it. 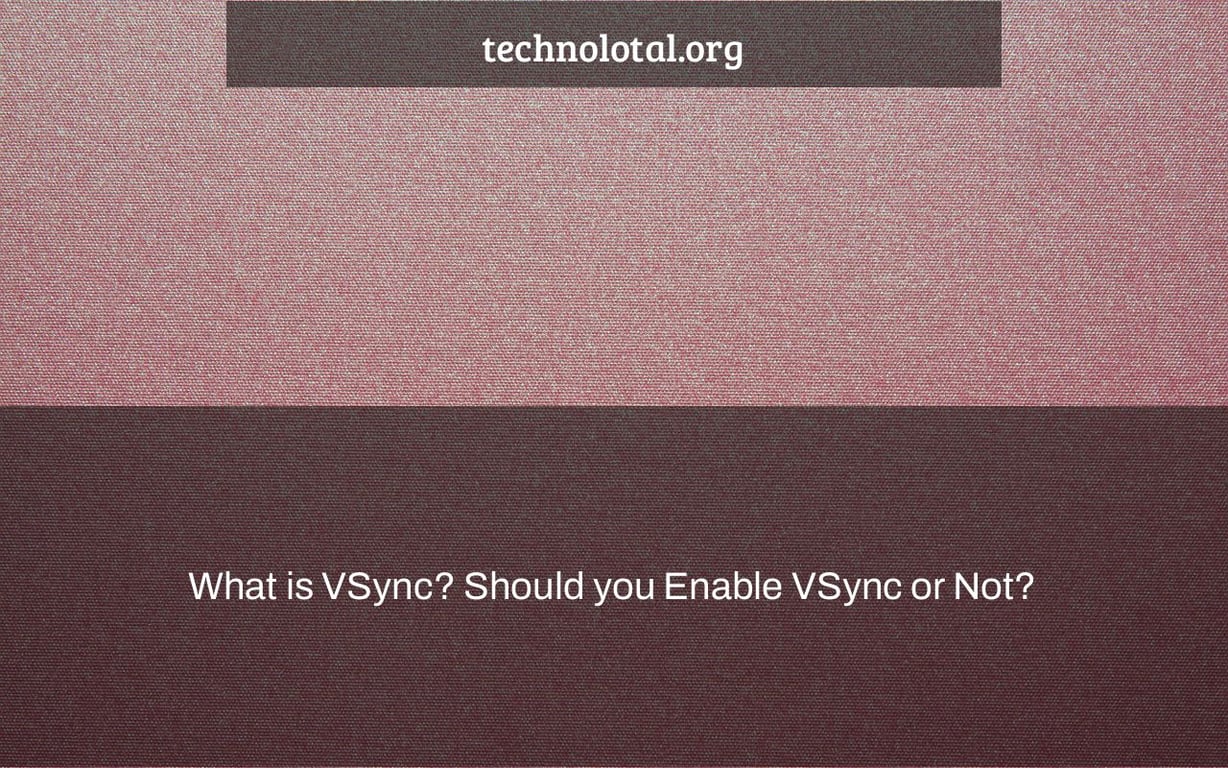 Have you ever experienced tearing when gaming on your computer? Have you ever puzzled why your game’s settings have a VSync option? It’s one of the most underappreciated elements that contributes to a safe gaming environment. We’ll go through the answers to the questions about why and how VSync is vital for improved gaming in this section.

Vertical Sync is being used by a growing number of players and streams across the globe who are playing multi-player to AAA games on their systems. Aside from the gaming realm, just a few 3D applications employ this technology extensively, making it a huge problem.

To eliminate tearing, the technology synchronizes the system’s hardware, such as the Monitor and GPU, with the video games in real-time. You can also discover additional alternatives like FreeSync and G-Sync, which we’ll compare to VSync, and then choose whether to turn it on or off.

What is VSync (Vertical Sync) and how does it work?

Vertical Sync, sometimes known as VSync, is a graphics technique that helps synchronize the visual frame rate with the monitor’s refresh rate. The functionality is extensively relevant to graphic-intensive apps and games that need a high level of smoothness. The method was initially developed by GPU makers to eliminate display stutters.

It’s a feature that keeps the refresh rate of the display and the GPU’s output frame rate at a constant level. The main aim of this function is to eliminate stutters generated by the GPU simultaneously displaying several frames on the screen. As a result, the unexpected rip that appears when presenting graphics on the screen is reduced.

What is the significance of VSync?

When the GPU generates a visual, one of the most important reasons for providing unbroken frames on the display is VSync. This function, which was first introduced by GPU manufacturers, has now been a common remedy for screen tearing difficulties on numerous consoles and platforms. Beyond that, VSync’s goal is to keep the screen shiny and free of tears.

For visually-driven games that need a lot of information in the surroundings and backdrop on the screen, the technology is a necessary. In today’s video gaming era, the function is mostly responsible for reducing stutters and improving the renderings of any 3D demanding game. It’s unquestionably more vital for displaying outstanding pictures flawlessly.

Advertisement. Continue reading by scrolling down.

What is VSync and what does it do?

Each picture cycle is delivered from left to right and top to bottom as the monitor refreshes its screen. All of this happens in a fraction of a second, and we can’t see the true pace of the change on the screen with our naked eyes. When the display fails to keep up with the GPU’s frame rate, screen tearing occurs on the screen. The VSync technology’s purpose, as the name implies, is to synchronize the GPU’s frame rates with the monitor’s refresh rate. Due to the several frame rates shown at once, the screen generates stuttering and torn pictures if the synchronization method is not used. This is the sole purpose of VSync technology, which makes it obligated to provide a flawless image on the display.

When it comes to gaming, does VSync make a difference?

Yes, the synchronization function does create a significant impact in gameplay with numerous strange frame effects on the screen, at least for a short time. Furthermore, gamers all around the globe like and applaud this feature, which allows them to play their favorite games with greater interest and concentrate. This is due to the fact that undesired stutters, glitches, and screen tearing when playing games are distracting and make the experience unpleasant.

Additionally, competitive gamers that play multi-player games owe it to this technology to keep the gaming smooth and lag-free in high-stress conditions. Similarly, technology aids many gamers in smoothly playing old games on more powerful devices. 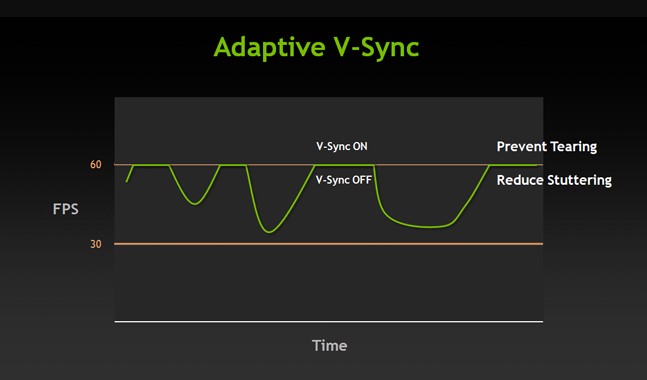 Nvidia is the source of this information.

This is owing to the evolution of higher refresh rate displays, and the technology aids in maintaining continuous refresh rates and frame rates on PCs to support old school games. However, don’t anticipate any increases in HDR, brightness, or visual vibrancy since this function is only a preventive measure against screen damage.

Except for a number of noticeable issues that happen upon activating the function, there aren’t many issues with VSync. The feature’s first and most serious flaw is the substantial increase in input latency, which includes key inputs and mouse clicks. This may be particularly aggravating in a competitive gaming setting because input latency can stifle progress.

The second recognized issue with VSync is frame drops in the game, despite the fact that it gives a smooth experience. When the GPU pushes a lot of frame rates and the display can’t handle it, the frame rate drops dramatically using VSync. As a result, the frame rate dips, making the game run a little slower than normal.

Which is better: VSync, GSync, or FreeSync?

There is a lot of misunderstanding about the various solutions used by GPU makers to address screen tearing problems. Despite the fact that synchronizing technology from GPU providers such as AMD and Nvidia brings something useful to the table for consumers utilizing their unique hardware,

Nvidia’s GSync technology synchronizes the refresh rate and adjusts to the monitor’s refresh rate, particularly with their hardware, with simplicity. AMD’s FreeSync technology achieves the same goal of synchronization and screen tear reduction. Furthermore, FreeSync has refined its technology by minimizing input latency, which improves the gaming experience.

We hope you now have a better understanding of this popular yet underappreciated function and can decide whether or not to activate VSync. You may also disable VSync and use borderless windowed mode instead of full-screen mode while playing games. In most circumstances, the borderless windowed mode leverages Windows’ built-in screen buffer and does not cause screen tear. This was our take on VSync technology, which allows gamers to enjoy a smooth and enjoyable gaming experience free of stutters.

You May Also Enjoy:

VSync is a synchronization method that prevents screen tearing by synchronizing the vertical refresh rate with monitor refresh rates. It can also reduce input lag, but it can cause stuttering in games. There are pros and cons to enabling VSync, so you should decide whether or not you want to enable it for your graphics card. Reference: does vsync lower fps.

How to Stream Live Sports on Firestick/Android/Mac with StreamEast